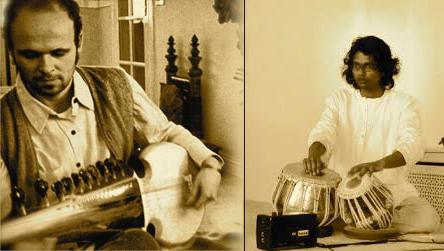 ‘Martinez’ holds a bachelor and master degree in western classical guitar and with Sarod in North Indian Classical Music. He played on many stages in and out of the country and belongs to the top of performers of classical music in Europe.

Indian beverages and light snacks will be served in the breaks. We look forward to welcome you in the serene and intimate settings of Yogasalon.